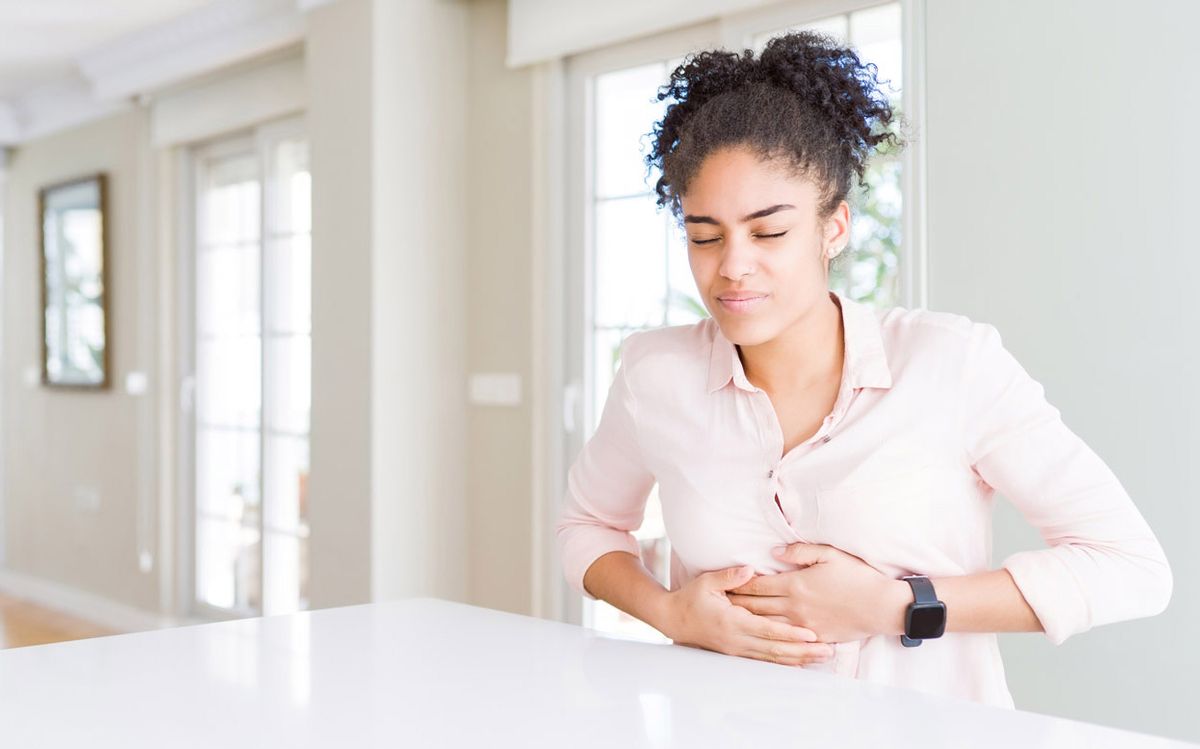 Nausea is a queasy feeling in the stomach that may lead to vomiting, but not always. Vomiting, on the other hand, is a forceful mechanism to push out any toxins or irritants from the upper gut by either voluntarily or involuntarily (projectile) expelling the contents of the stomach through the mouth. Projectile vomiting can occur from eating spoiled food or can be the result of any one of a variety of illnesses or physical conditions. Apart from irritants and toxins in the gut, vomit centers in the brain can also initiate the vomiting process.

Nausea and vomiting can occur in both children and adults. Various events and conditions that are not usually life-threatening can bring on nausea that may or may not lead to vomiting such as: dizziness, motion sickness, first trimester of pregnancy (i.e. morning sickness), food allergies, chemotherapy, general anesthesia, intense pain, exposure to chemicals and toxins, gastroparesis, cannabis use, cyclic vomiting syndrome, emotional stress, anxiety, fear, major depressive disorder, and sometimes migraine headache, indigestion, coughing, GERD, and overeating or over-feeding. For some individuals, even certain smells or odors can lead to stomach queasiness. Some medications have also been known to cause nausea and vomiting, such as: aspirin, nonsteroidal anti-inflammatories, oral contraceptives, digitalis, narcotics and antibiotics.

It is important to understand that nausea and vomiting are usually harmless occurrences and are not diseases in themselves and may occur separately or together. However, nausea and vomiting may be symptoms of many conditions, some of which can be serious and even life-threatening if not treated, such as: concussion, encephalitis, meningitis, vestibular neuritis, acute liver failure, alcohol use disorder, anaphylaxis, anorexia nervosa, benign paroxysmal positional vertigo, bulimia nervosa, cholecystitis, Crohn’s disease, diabetic ketoacidosis, middle ear infection, hepatitis, various viruses, food poisoning, gallbladder disease, appendicitis, brain injury, central nervous system disorders, as well as some forms of cancer, heart attacks, heart failure, enlarged spleen, and kidney or liver disorders. For children, it is not uncommon for vomiting to occur due to illnesses that cause a high fever. Although rare, blocked intestines or Intussusception can also cause vomiting, typically in early infancy as well as pyloric stenosis. 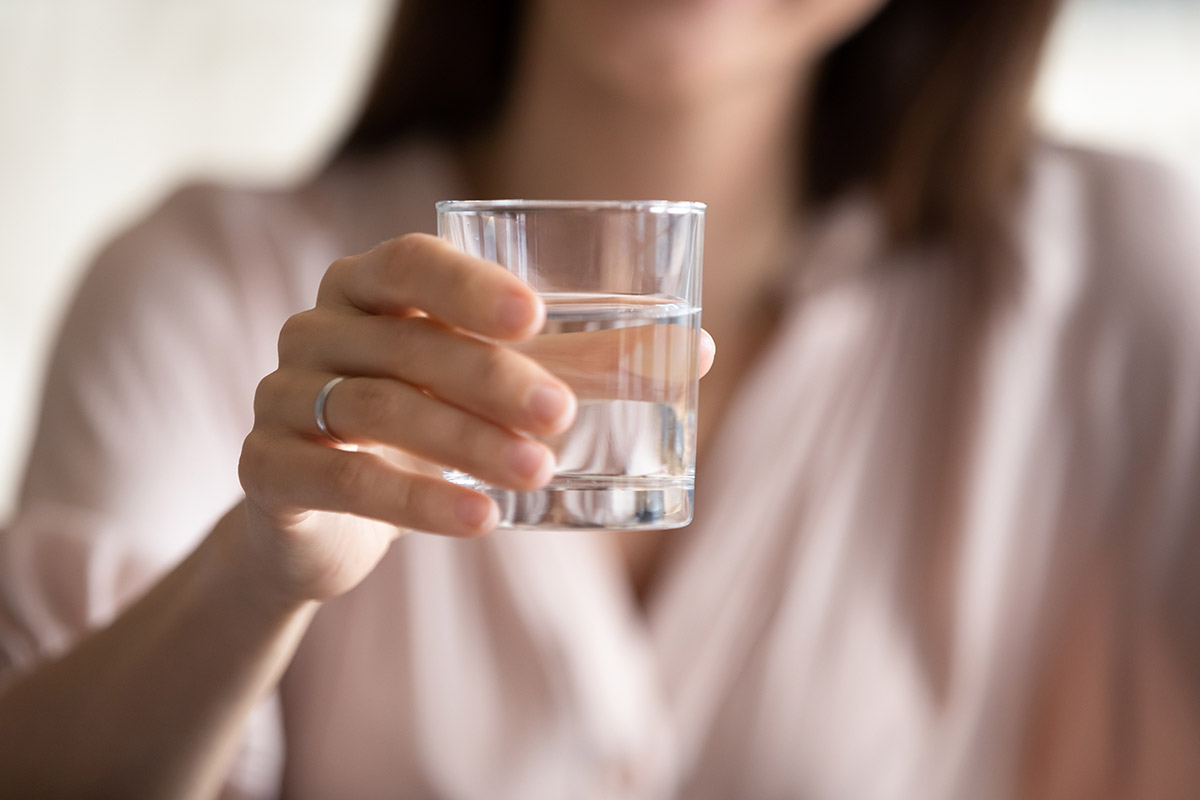 A major concern with vomiting is the possibility of dehydration. Adults can usually detect the symptoms of dehydration, such as increased thirst, dry lips, mouth and throat, and can correct it quickly. But children have a greater risk of dehydration especially if vomiting is accompanied by diarrhea. Young children are often unable to tell an adult about the symptoms they are experiencing. Children often suffer from dry lips and mouth as do adults, but they also are affected by rapid breathing or rapid heartbeat as well as decreased urination. Adults should also look for physical signs such as sunken eyes and ‘wrinkled’ fingers. In infants, there may be a sunken fontanelle (the soft spot on top of the baby’s head).

Care should be taken to relieve nausea before it leads to vomiting and dehydration by slowly drinking clear, ice-cold drinks and eating bland foods such as salted crackers or plain bread. If vomiting and/or diarrhea begins, an oral rehydrating solution should be used to prevent dehydration. To treat diarrhea and vomiting at home, drink plenty of fluids – water, clear juices, clear broths, or an electrolyte-restoring drink. Eat a diet comprised of bland, low-fiber foods that will help to firm up stools: bananas, rice, applesauce, and toast and use probiotics. Oral medications should be temporarily discontinued and no food eaten until the vomiting and/or diarrhea episode has passed. Your physician should be contacted promptly if medications had to be suspended to discuss how and when to resume each medication.

Vomiting and diarrhea usually may be treated at home when it lessens or stops completely within 6 to 24 hours. You should, however, consult with a doctor if vomiting and/or diarrhea lasts more than 24 hours, if dehydration is obviously present, or if a known injury such as head injury or infection is the cause of vomiting. In any case, if nausea lasts more than a week, even if there is no vomiting or diarrhea, a health care professional should be consulted to determine the underlying cause, if any. The tests that a doctor may perform could uncover a more serious ailment, which might lead to a specific diagnosis and treatment or he could recommend a referral to a specialist for further testing.

An infant or a child under 6 years old should be seen by a doctor if vomiting lasts for more than a few hours, if diarrhea is also present, if signs of dehydration are observed, if there is a fever above 100.4 degrees Fahrenheit, if the child is inconsolable, or if the child hasn’t urinated for six hours.

A child over 6 years old should be seen by a doctor if vomiting lasts one day or diarrhea combined with vomiting lasts for more than 24 hours, if there are visible signs of dehydration, if there is a fever higher than 102.2 degrees Fahrenheit, or if the child hasn’t urinated for six hours.

When vomiting occurs following surgery, radiation therapy, or anticancer drugs, the condition can often be treated with an alternate therapy that can only be recommended by a physician. Vomiting caused by pregnancy, motion sickness and vertigo can be controlled by both prescription and non-prescription drugs. However, a healthcare provider should be consulted before using any non-prescription remedies or treatments.

If you are experiencing nausea or vomiting and want to be seen by someone right away visit any of our locations. There is no need to book ahead. Just walk in and you will be seen by someone who can get you the help you need and get you on the path to feeling better.